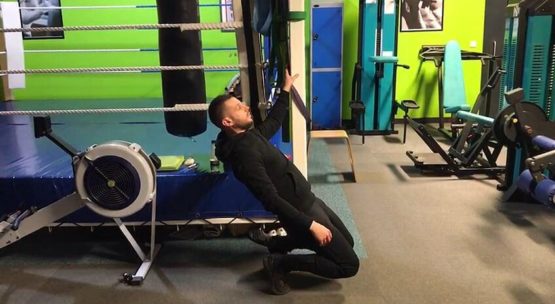 As a personal trainer and coach, people often ask me which exercises are best for developing certain areas of the body, I have my go to methods of training that have worked for me for many years and my many various clients too.

I have complied five separate lists that give you all the best-known exercises to target the body in the most effective way.

I’m not a big top ten guy, but I am very aware that not everyone has the same taste to exercises and, even though I don’t personally do all these exercises all the time, I do respect their place within a routine and realise the significance in how training the human body has evolved since the first person lifted a sabretooth over head and realised the ‘gainz’ they got (this statement is not factual, well I assume it isn’t, I’m a personal trainer not an historian).

Without further delay, to start my first list of top ten, here is the top exercises for legs and glutes.

You can’t start a list of top ten leg exercises and not mention the first movement that was practiced and is still practiced today. The squat is king of all legs exercise as it works everywhere you want it to and can be done by beginners and progressed to harder variants.

Using a barbell place it on your upper traps (shoulders) and keep the bar over your heels, brace your core and hold the weight into your quads. Lower yourself down until you reach a limit - preferably knees at right angles. Using your glutes drive up through the heels and squeeze your bum at the top, repeat as necessary.

These exercises are a godsend to develop the glutes into well rounded eye-catchers. A personal favourite among many for the aesthetic reasons alone but also one of the staple exercises to improve on the hamstring and low posterior chain

In order to perform the hip thrust, you need to position yourself with you upper back laid against a bench or box. Placing a barbell or weight on your hips, drop the bum to the floor before thrusting it back up focusing on the glute muscles. The kettle bell swing which is a standing version of the movement is great way to include as a complex for more advanced lifts, such as Olympic lifting.

When writhing this point, I had a decision to make between two exercises. Both hold merit however I only have 10 points to cover. Which Is why I opted for the harder version, because why not. Lunges are a good way of unilateral work on the legs. Bring the core into the movement more-so than traditional squats and bilateral movements and work a functional pattern as life is rarely symmetrical.

Bulgarian split squats are lunges that take away the assistance of the rear leg. Placing all focus on the front leg. It requires a bit of practice but out of the two is better in the long run.

You may be thinking Deja vu – we have already talked bout a barbell squat what is the significance of where the bar is held? By bringing the bar to the front changes the activation of muscles – namely in the quads.

Place the bar across the collarbone with your arms either across each other, hands touching shoulders or palms facing up and elbows pointing forward. Another variation the Zercher squat keeps the bar on the front but in the crook of the elbows once again changing the dynamic of the movement and allowing for bicep activation too.

Named after the famous Ukrainian dance – which is technically called the Hopak but this blog isn’t going to get into the etymology of it all. This benefit of this movement really trains the mobility in your hips and is great for developing single leg strength.

Your feet need to be wider than your shoulders with your toes rotated slightly outwards. Squatting laterally on one leg keeping your back straight, the other leg will pivot on the heel until toes are pointing up. Keep the squatting foot planted and refrain from going on to your toes. Once mastered you can use weight such as barbells, kettlebells, dumbbells or a plate – anything that causes you to work harder really.

Abbreviated to RDL, this movement puts all its effort into the hamstring and glutes and the hip hinge movement. When using weight with this exercise, and the idea behind the exercise is to maintain a straight leg, you must keep focus on the core to prevent risk to injury on the lower back.

Setting your stance as a conventional deadlift and keeping the knees partially bent throughout the movement to place some weight into the quads, grab the bar shoulders width apart and perform a normal deadlift motion without touching the barbell or weight on the floor. Feel the hamstrings tighten and then hip thrust back up to and squeeze the glutes to finish.

This is a hard exercise. With the others on this list they can be picked up by beginners and advanced on to make more intense. The pistol squats though take the single leg exercise to another level.

To perform the classic variation, you should lift one of your feet away from the floor and squat on one leg - simply in theory, a literal pain in the ‘ass’ in practice. You can perform this exercise using your bodyweight or adding a load dependent on your level.

The Nordic hamstring curl is a posterior chain exercise, this means it works all the muscles on the back of the body – as well as abdominals to prevent you collapsing in on yourself. It can be performed with different machines, but my favourite is the glute hamstring developer (GHD). It can also be performed with a partner holding your feet.

The idea is you lock your lower leg in place, either with a partner or the GHD, and then, keeping your body upright, bend forward extending the hamstring muscles as far as you can go. For the uninitiated prepare for a trip to cramp-town, but with enough practice even Chun-li will be envious of your leg size and definition.

The sissy squat is a bodyweight exercise that specifically targets the quads. There is an appropriate piece of equipment for performing this exercise, however it can be performed without any support but needs good balance. It requires an incredible amount of strength to perform this variation, but it can be simplified by holding onto something.

Just position your feet shoulders width or slightly narrower, from there lean back (as pictured above) until your body forms a straight line from neck to knee and bring yourself up again. Sort of like the scene in the Matrix where Neo is dodging those bullets.

Sled push is not only a great leg builder and burnout exercise but works your cardiovascular system harder than any on this list. Using a purposed piece of equipment that can be pushed with weight on all you do is push with maximum effort and your legs will soon feel like they’re on fire. It can be performed on its own or after a leg session to really finish you off!

There are more than squats to just train legs, it’s very important to use a variety of exercises that helps develop and target the lower body in all different ways and allows for functionality and to improve the quality of life. In the legs and glutes, we have more muscles than any other part of our body and they support all the rest of the body so, it’s important to train and strengthen these as you will see improvement elsewhere because of it.